That Tolstoy’s writing is influenced by Homeric epic has been remarked again and again, perhaps most famously by George Steiner and Harold Bloom. Tolstoy, the critical consensus declares, is Homeric. 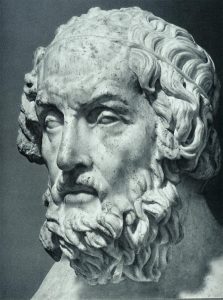 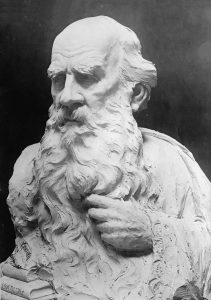 For me, however, this wasn’t quite the case.

I read War and Peace when I was twenty-one, returning to it for both pleasure and wisdom again and again. Eventually, someone beautiful loaned me his battered, marked-up copy of Homer’s Iliad.

While reading it, I was struck over and over by how much Homer sounds like Tolstoy.

Because I read backwards, Tolstoy was not Homeric for me, but rather I experienced Homer as Tolstoyan.  Of course, the reality is that all of us are backwards readers. Nobody begins their literary education with the Epic of Gilgamesh and then reads chronologically through the ages.  For many, Homeric epic may very well be experienced as Tolstoyan, Joycean, or maybe even Jamesean. This is a phenomenological observation, and I’d like to use it to embark upon a brief thought experiment. 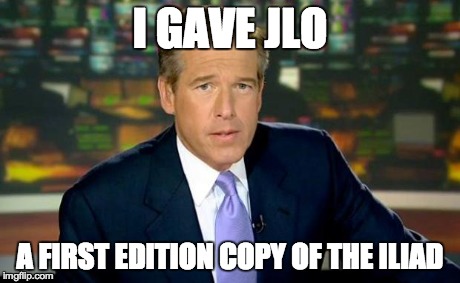 Before we do that, however, I’ll lay the groundwork by referencing two approaches to reading.

First. To escape the limitation of author’s biographies and ideologies, but at the same time avoid the other extreme of completely decontextualizing a text, let us consider a half-ironic technique Pierre Bayard terms mobile attribution wherein a work is attributed to an author who is not the one who wrote it – it’s a way of thinking that frees readers from the authority of a particular author or historical context.

If the Iliad, for example, were read as something composed by an Anatolian woman, our reading would be dramatically foregrounded by the text’s descriptions of femininity or its evocation of the non-Greek, eastern Trojans who have come to be associated with a Bronze Age Anatolian kingdom.

In other words, mobile attribution can bring a text’s themes and values out of the shadows, or displace prominent, canonical interpretations.

Second. Let’s consider Kuisma Korhonen’s concept of textual friendship. By looking at essays by Montaigne and Plutarch, Korhonen describes how the essay creates a relationship we can designate as friendship not between the writer and the reader, but between the reader and the text due to the assumed privacy of the essay form. This intimacy between the reader and a voice which might be the author’s, the narrator’s, or the writer’s creates a hermeneutical circle that links writers and readers across time and space. But this linkage is neither obvious nor comfortable, based not on proximity but on indecidability. Korhonen writes, “What is at stake in textual friendship is less a reunion of old mates than a step… into the uncertain, the unfamiliar, the unknown, toward the Other in its irreducible otherness… to strange landscapes where friends look less and less like friends, or even, for that matter, human beings.”

So, our two concepts are mobile attribution which allows us to edit and remix authors, and we have textual friendship, which links readers and texts on a path toward defamiliarization.

In 1857, a 29-year-old Tolstoy read the Iliad, and this reading inspired him to rethink and rewrite the entirety of The Cossacks, his first novel. After completing the epic, Tolstoy writes in his journal: Читал Евантелие, чего давно не делал. После «Илиады». Как мог Гомер не знать, что добро – любовь! [I read the Gospels, which I haven’t done in a long time. After the Iliad. How could Homer not know that goodness is love!]

Critics like Donna Orwin and Robert Jackson don’t doubt that in this passage, Tolstoy is lamenting the absence of true spiritual faith in Homer.  Jackson goes so far as to say about Tolstoy, “after reading the gospel, he is deeply pained like a man who has learned a very disagreeable fact about a friend.”

On this reading, Tolstoy has developed a friendship with Homer, a literary friendship, not a textual one, and we, as readers of Tolstoy’s allegedly private messages to himself, are drawn into a relationship with this journal which addresses itself to us and to our religious sense, if we have any, by exclaiming about Homer’s.

I read this passage of Tolstoy’s in conjunction with his other comments on Homeric virtue and his association of Homer with love, nobility, and the Bible, all of which are scattered throughout his short stories and nonfiction, and I come to the conclusion that как мог Гомер не знать, что добро – любовь actually means, how could anyone possibly think that Homer was ignorant of this moral truth? Как мог Гомер не знать? Конечно он знал. I would like to suggest that, for Tolstoy, Homer did know that goodness is love, and we have all been misreading the Iliad.  The hermeneutical circle which includes Homer, Tolstoy’s journal, and me is an instance of friendship, of intimacy, which is not an argument, but an experience.

You’ll notice that in having this experience, I’m doing exactly what Pierre Bayard has advised us not to do: I’m picking through Tolstoy’s biography, relying on the authority of his other writing, and generally invoking Tolstoy’s authorial presence to legitimize my reading or, if you like, my misreading. However, if authorial authority is a too-limiting ground for my textual friendship with Tolstoy’s journal, then perhaps I can try mobile attribution. If we move chronologically, first Homer speaks in the Iliad, then Tolstoy responds not only privately in his journal but publicly in War and Peace and his other fiction which appropriates Homeric epic, and finally, with Donna Orwin’s reading, or my misreading, the hermeneutical circle is complete and the discourse of friendship is exhausted.

If only it didn’t end there. If only we could have Homer’s response.

Well, perhaps we do. Enter Petrarch. 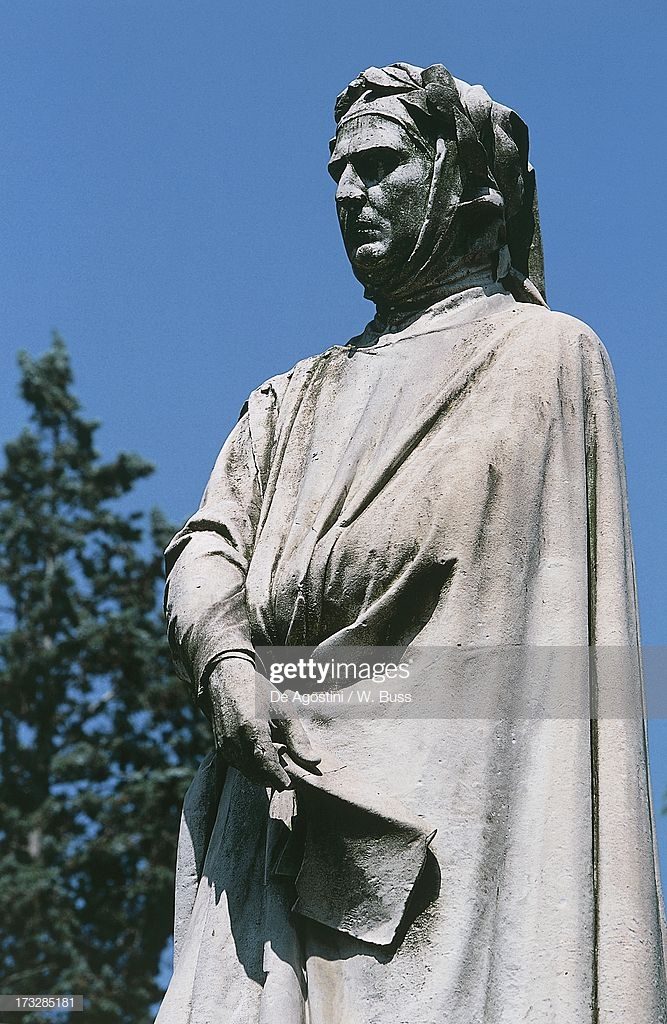 Petrarch collected and edited hundreds of his own letters, some of which are addressed to ancient writers like Cicero, Livy, and Seneca. The epistles addressed to Latin authors end with some variation on the following lines: “from the land of the living, in the capital of the world, Rome, your fatherland, which has become mine, on 1 November of the year 1350 from the birth of Him whom I wish you had known” or “…from the birth of Him whom you might have seen or heard, had you lived a little longer.”

Petrarch wishes that Livy and Seneca had known the Christian faith, and obviously doesn’t doubt that if they had known of it, they would have been believers. With this backwards lament, Petrarch’s letters, supposedly private communication, come to stand in my hermeneutical circle beside Tolstoy’s journals.

Things get really interesting when we consider that Petrarch received a letter from Homer. We don’t know who sent it. Petrarch claimed not to know who sent it. Whether it was an anonymous correspondent, Petrarch himself, or, who knows, maybe even Homer – we don’t have the letter.

But!  We have Petrarch’s response. Remarkably, the manuscript of this response was folded in three, as he folded his letters to be sent, and an address written: Homero Meonio poete inaccessibili.  The folding, layout, and script is exactly like that of Petrarch’s authentic letters – it seems Petrarch anticipated and plagiarized Bayard’s dismissal of literary chronology, and fiction and reality became one.

So what did Homer say?  Well, he complained about the challenges of classical reception, criticizing his inheritors for attempting to imitate his epic style. Petrarch’s response is instructive: “As for imitators, what shall I say? … you should have foreseen that imitators would never be lacking …” After all, Petrarch tells Homer, to steal the staff from Hercules is a sign of great power.

If we widen the hermeneutical circle to include Petrarch’s letter to Homer, adding Tolstoy to the list of Homer’s undesirable imitators and attributing Petrarch’s response to Tolstoy, we have mobile attribution which results in a diological textual friendship.  Homer speaks in the Iliad, initiating literary friendship with Tolstoy, who crafts his own epic, and responds privately, in his journals, initiating a textual friendship with us.  Homer responds through a private letter: how dare you imitate and try to improve upon me?  Let’s attribute Petrarch’s response to Tolstoy: because I’m good enough to do so.

Homer’s and Petrarch’s letters become part of the text with which we engage in friendship, many voices coalescing into one by the process of our reading. If we put together mobile attribution and textual friendship, we get a hermeneutical circle which includes multiple texts and which the reader organizes into one voice, one friend who is a unique amalgamation of the reader’s backwards reading. This friendship becomes a platform from which to glimpse how Homer’s inadequate knowledge of spiritual faith, or his inability to convey it clearly, achieves mature expression in the spiritual dimension of Tolstoy’s epic. 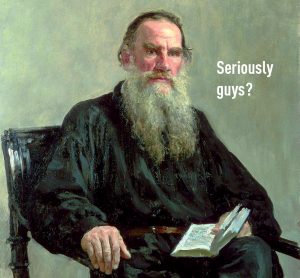