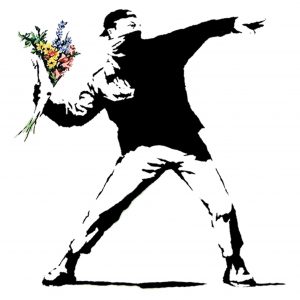 Here’s what happens when you read too much Foucault: revolution appears pointless.  Not only explicit regime change with gas masks and molotov cocktails, but also implicit restructuring of thought and behavior, begin to seem utterly impossible.

It isn’t a coincidence that the rise of the modern state which, for Foucault, corresponds to a multiplication of social apparatuses for discipline and habituation, also marks the rapid decline of the public sphere, once exemplified by egalitarian social mingling in English coffee houses, squares, and literary salons, which encouraged deliberation and critique.  Perhaps this decline has something to do with a certain moral quietism which accompanies society’s internalization of what is presented as normal, natural, and necessary.  At the level of the state apparatus, which Foucault regards as a support structure for a much deeper power system, critique or transformation seems only to yield the multiplication of that ubiquitous system, though in a different guise. 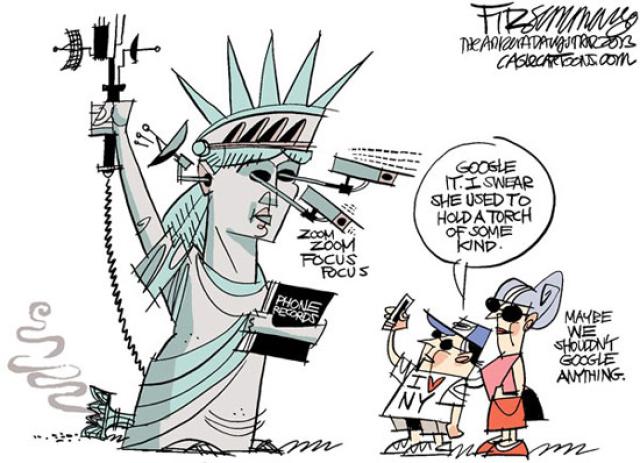 First, the process of habituation results in the neglect or destruction of that which cannot accommodate, or refuses to accommodate, normative categories.  This condition of marginalization exists where the institutions, responsibilities, and attitudes associated with the social apparatus cannot reach.  A contemporary example might be the social hysteria regarding, and eventual implications of, gay marriage.  Existing beyond the right to marry, some are condemned to live as second-class citizens, without access to certain forms of social capital, legal benefits, and social privileges.  However, when their right to marry is finally announced, to great fanfare and much rhetoric regarding social progress, they are rapidly assimilated into an extension of the state apparatus and the various obligations and regulations it imposes, such as family incentives, family values, tax codes, and so on.  What’s been won?  A simple reversal of surveillance.  Whether marginalized or integrated, whether excluding or including, the state apparatus preserves the web of regulation and punishment, though with a different face, under a different name, and with seemingly more progressive ends.  The passing from marginalization to assimilation, the fighting to achieve the right to be “plugged in” — whether by extending the right to marry or acknowledging the clamor of Iranian adolescents to connect on social media — can also be regarded as a wholly innocent but nevertheless invidious complicity in social surveillance. 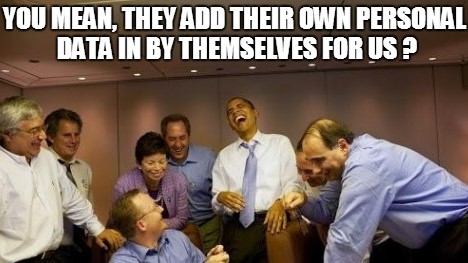 The implication is that a state of marginalization is ultimately more free, or more subversive, than one of assimilation, even if it means the vagabond’s wanderings without recourse to legal or social rights.

Second, because power is not monolithic, instead perpetuating itself in a multiplicity of local struggles, it lacks a point of entry.  Like the Medusa, upon whose head a new snake uncoils when the previous one is sliced away, any challenge or change to elite interests only results in their quick readjustment and re-instantiation.  When the Russia of the early 1800s ensured that its golden sons, the young and ambitious aristocrats, had the finest of educations abroad, the country did not anticipate that these men would return brimming with ideas of liberty, equality, and fraternity.  The subsequent uprising they engineered, the Decembrist revolt of 1825, was a terrible shock to the old vanguard of political power.  When the revolt was brutally crushed, the nobility’s sons executed or exiled, it seemed as if the status quo reigned once more. 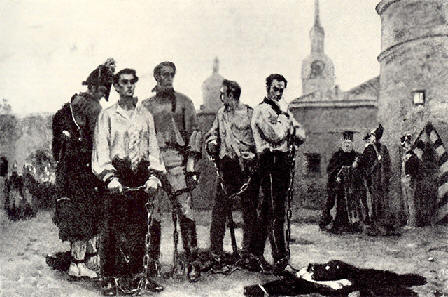 However, it was this clumsy effort, Russia’s first revolution, which inspired and ushered in the Bolshevik revolt.  This brief history illuminates the spontaneous and unavoidable breaks and re-establishments of power relations: who could have supposed that the Russian nobility’s privileging its elite with access to travel and books would have destroyed that same nobility, but not for the sake of something we might term progress, but for the sake of one of the most oppressive regimes in human history?  Then, in a strange paradox, the very act of maintaining power’s interests has the potential to undermine those interests.

But here’s the discouraging part: these historical lapses and reversals cannot be deliberately engineered because any such meddling only brings about a more intense fortification of the state apparatus, as the examples of Soviet Russia or Napoleon’s France demonstrate.  If the alternatives to the punitive society are marginalization or a struggle which must result in the deeper entrenchment of normalizing systems, moral quietism often takes root.  Why bother voting?  70% of the population has no impact on policy, and is effectively disenfranchised. Still, the lapses occasioned by history, those tiny chasms between surveillance and surveillance, might become the new public sphere, spaces of tension for critical thought, deliberation, and (dare I say it?) even democracy.