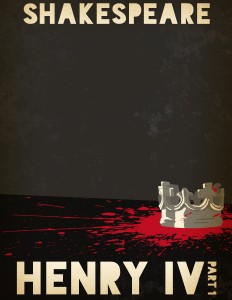 In twelve words: Prince Hal wants to party, but political rebellion ruins all his fun.

I think: When Alexander III visited Troy, someone offered to show him the lyre that once belonged to Paris.  He refused.  He pointed out that Paris played it for the sake of women, love, and seduction.  Alex the Great said he’d much rather see the lyre of Achilles, upon which that great hero once sang of the “heroic deeds of men,” presumably when he was sulking and avoiding combat.  Ironic?  Oh, sure. 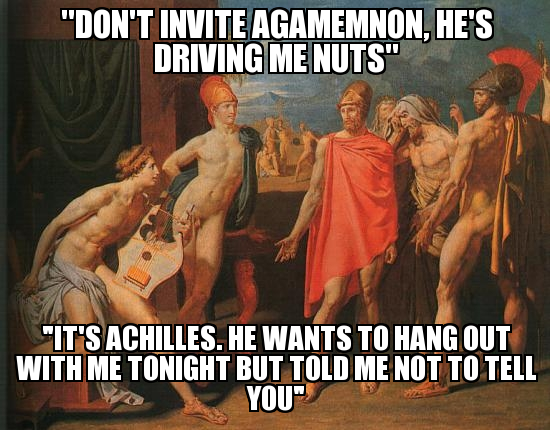 Setting aside the sexism (because where can it go, if not to the side?), I share Alexander’s tastes.  I’ve read, and loved, Shakespeare’s Hamlet, Romeo and Juliet, Othello, and The Scottish Play (I can’t call it by its real name – you know, the one that begins with an ‘M’ and sounds a little bit like McBurger – because I’m superstitious and afraid of its curse). Although I’m convinced that Hamlet is one of the most perfect creations in history, and Othello’s credulity is marvelously wrought, yet… yet… I cannot help noting their mood of pettiness.  The plays are about vain and vainglorious desires.  They’re about people doing the things that people do. 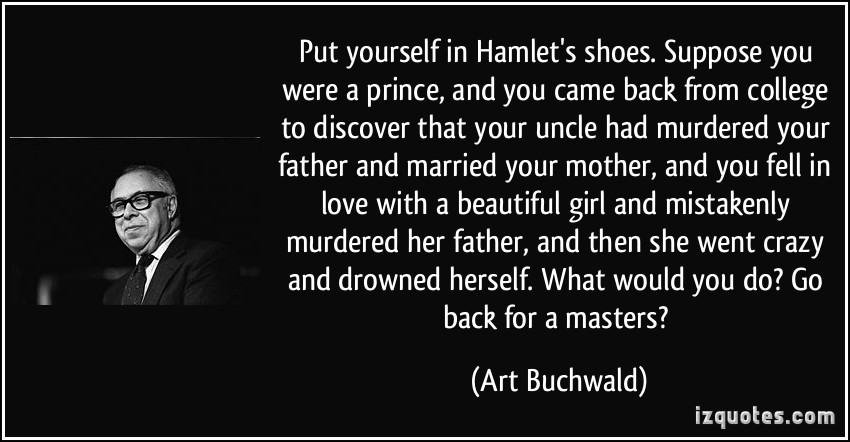 There’s Othello, who with the self-absorption of any proper lover, is like the guy at the bar who just wants to complain about his girlfriend.  There’s Hamlet, who sees only himself.  He’s eternally ferreting around his psyche, fascinated with his inclinations and fears, luxuriating in his great, tragic darkness.  It’s all about him, like, all the time.  In short, these tragedies are the lyre of Paris: personal, seductive, and vain.

But Shakespeare’s historical plays are about the ascension of civilizations, the struggles of nations, and the power dynamics concealed behind what we cheerfully call “progress.” Julius Caesar, Richard III, and Henry IV burst forth, like the songs of Achilles, with the “heroic deeds of men.”  It is Shakespeare’s expansive range to play upon both lyres.  He summons the microcosmic dramas of individuals.  Then he waves the wand of his imagination to stage the vastness, glory, and decline of centuries.  We, too, can shift from moment to universe, from the mundane to the eternal, because we’re inescapably both.  Today, I’m not myself.  Today, I’m universal.  So, let’s talk about royalty.

King Henry IV is really stressed out.  First of all, it’s time to show those Muslims and go on a Crusade.  Second, the nobility of England don’t like the king’s policies.  Third, Wales and Scotland are rebelling.  And finally, his son is utterly useless.  The young Prince Henry (who, for reasons surpassing understanding, calls himself Hal) doesn’t care about Crusades or rebellions.  He hangs out in taverns with his sidekick Ned Poins, fat Sir John Falstaff, prostitutes, and other degenerates.  The prince drinks and swears and gambles and steals and plays tricks and is, in other words, simply no good.

He tells the audience, however, that he’s the worst prince in history only temporarily.  He plans to reform himself.  Besides, the more he disappoints his father now, the greater will everyone’s shock be when he transforms into a proper son.  Sometimes, your friends pretend to forget your birthday so that when they lunge at you from behind a couch with balloons and cake, you’re extra surprised.  Same logic.

The grumpy nobility unites with the rebels in Scotland and Wales to overthrow the king. 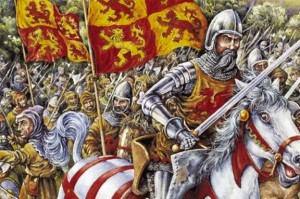 While King Henry frets and wrings his hands, Prince Hal and Poins prance in disguise, robbing their friend Falstaff.  Why?  Because Hal knows Falstaff will turn the robbery into an absurd story to present himself as a hero.  Hal thinks this is funny.  He has a wicked, wicked sense of humor 😉 After his dad tells him he’s stupid, Hal decides that maybe now is the time to show everyone what a great guy he really is.  So, he helps fight the rebels.  Falstaff is also forced to defend the king.  Instead, he falls down and plays dead because he thinks honor is a dumb thing to get killed over. 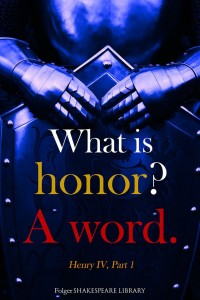 Meanwhile, Prince Hal saves the king’s life.  He even gets wounded.  But he continues fighting, because, look, he’s actually been noble all along.  There, you see?  He told you so.  Are you surprised???????

Wait a minute, you think.  Are these the heroic deeds Achilles sings of?  Why, there’s lust and vulgarity and personal preference all over the place!  And Shakespeare smiles wryly and turns to his glass of ale. 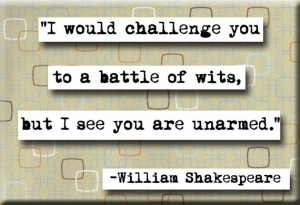 With jarring brightness, Shakespeare illuminates the shadows between what we are and what we think we are.  Prince Henry lives idly, wastefully, and corruptly, but assures us that such dissoluteness is not his true character.  He explains:
Yet herein will I imitate the sun,
Who doth permit the base contagious clouds
To smother up his beauty from the world,
That, when he please again to be himself,
Being wanted, he may be more wond’red at
By breaking through the foul and ugly mists
Of vapors that did seem to strangle him.
If the “base contagious clouds” are not part of the prince’s true nature, then they are probably Falstaff, Poins, and the other street criminals he drinks with.  It’s their vulgarity, not his own, which “smothers up his beauty from the world.”  The prince will “please again to be himself” later, to the delighted surprise of his court.  But the analogy flails a little.  The sun, of course, does not “permit” the clouds to conceal its radiance.  The clouds’ movement is a matter of indifference to the sun, which persists in its brightness regardless of them.  It is difficult to make the claim, however, that the prince persists in his goodness in taverns and brothels.  And if he is not himself in such places, then who is he? 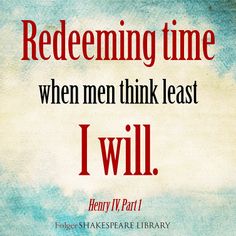 I think, perhaps ungenerously, that the prince is deceiving himself.  We condemn the vices of others which we render justifiable or even charming in ourselves.  The prince seems to think that Falstaff and Poins are cheap by nature.  His own nature, however, is sunnily royal, and cheapness is merely a mask.  But this is strange.  Goodness is not an object one can lightly toss off or throw on.  Again: if he is not himself, who is he?  Donning a cloak of artificial corruption is, at best, a naïve and self-indulgent way to inspire higher praise later.  At worst, it’s an insincere motive which justifies frivolity and idle pleasure, summarized with the Machiavellian formula: the ends justify the means.  Well, perhaps.  If the ends are valuable and important, lenience is acceptable.  But let’s examine the prince’s proposed ends.  He wishes to shock, amaze, and be “wond’red at” when he will finally “please again to be himself.”  Is it acceptable to deceive an aging, worried father for the sake of incurring wonder and praise?  I’m not so sure.  If Prince Henry is conscious of the implications of his self-justification, then he is a deliberate charlatan.  He is aware that he must inherit the throne as King Henry V.  He knows he must eventually abandon Falstaff and Poins, and is therefore simply using them for very skewed purposes.

But let’s say it isn’t the prince speaking, but the narrator.  Through Hal’s mouth, the narrator informs the audience of the prince’s destiny.  Then we can assume that Hal is not acting, not pretending to be a corrupt fool, but rather struggling with the promise of kingship by drinking it out of consciousness.  When King Henry needs him, however, he awakens to his royal nature and defends it honorably.  In this case, the prince undergoes a psychological transformation, wherein, again, he is not what he thinks he is.  He experienced himself as a petty drunkard and a thief, but revealed himself to be an able descendent of an able time.  The latter approach is ethically much more satisfying.  But it’s less credible.  Can one reinvent himself to conform to the needs of a moment?  Perhaps.  After all, “some have greatness thrust upon them.”