In twelve words:
Hemingway’s having a blast in Paris with other cool artists and writers. 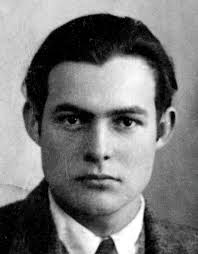 I think:
If you’re an optimist, convinced that life is sunny and people are basically good, then you should know that finishing a Hemingway novel will knock all that nonsense right out of you, because, come on, the world sucks. But if you’ve read, say, Farewell to Arms or For Whom the Bell Tolls and are used to everything exploding and everyone dying, then you’ll find his memoirs a pleasant respite. Here, Hemingway is at his most charming.

Basically, if you’re into starving artists, you’ll love this book. 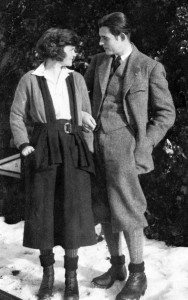 Hemingway is 25 or so, living in one dilapidated hole after another with his first wife, Hadley, and their young son, Bumby (I’m pretty sure that’s not his real name). His short stories aren’t really selling, and he hasn’t written a novel yet, so he’s often uncertain, and spends a lot of time meditating on the art of writing itself. If you want to write like Hemingway, take these ruminations very, very seriously.

1. “I always worked until I had something done and I always stopped when I knew what was going to happen next. That way I could be sure of going on the next day.”

2. “I would stand and look out over the roofs of Paris and think, ‘Do not worry. You have always written before and you will write now. All you have to do is write one true sentence. Write the truest sentence that you know.’”

3. “When I was writing, it was necessary for me to read after I had written. If you kept thinking about it, you would lose the thing that you were writing before you could go on with it the next day. It was necessary to get exercise, to be tired in the body, and it was very good to make love with whom you loved.”

4. “The blue-backed notebooks, the two pencils and the pencil sharpener (a pocket knife was too wasteful), the marble-topped tables, the smell of early morning, sweeping out and mopping, and luck were all you needed.”

Of course, if you’d rather write like Milton or Ruskin, ignore this advice because, after all, Hemingway’s grass never glitters with dew, and in his streamlined world, pretty little robins never land on any lady’s elegantly outstretched fingers. He’s a man’s writer and, even at his most tender, he is reserved, gruff, and unsentimental.

The best of the book, I think, are the candid glimpses we’re offered of Gertrude Stein, James Joyce, Ezra Pound, and the myriad of other expatriate artists living in Europe in the ‘20s. The most enchanting and convincing portrait Hemingway paints is of F. Scott Fitzgerald, who appears fragile, beautiful, crazy, brilliant, and maddeningly unpredictable. In fact, I secretly (want to) believe that the complex relationship between two artists who lived too much is what Hemingway’s memoirs are really about.

I’ll set the scene:during a trip, the two of them are in a hotel in Lyons, and Fitzgerald is lying on the bed, hands folded, eyes closed, convinced he’s dying and demanding to have his temperature taken. Hemingway, complying grudgingly, rushes all over the place, finally finding an enormous, wooden, bath thermometer to stick under the sick man’s arm, but Fitzgerald is too drunk to know better. This part is not only absurd, but funny. Yes, ladies and gentlemen, Hemingway can be funny. I laughed out loud, right in the middle of a coffee shop, and everyone probably thought that if Hemingway makes me laugh, I am a perverse and morbid creature. Anyway, the thing about the two of them is that Hemingway understands Fitzgerald, and Fitzgerald knows it. They even compared penis sizes. Yes, really. It sometimes seems that whenever Hemingway didn’t want to kill Fitzgerald in frustration, he was a little bit in love with him. But, you know, that’s how love is.

2 thoughts on “A Moveable Feast